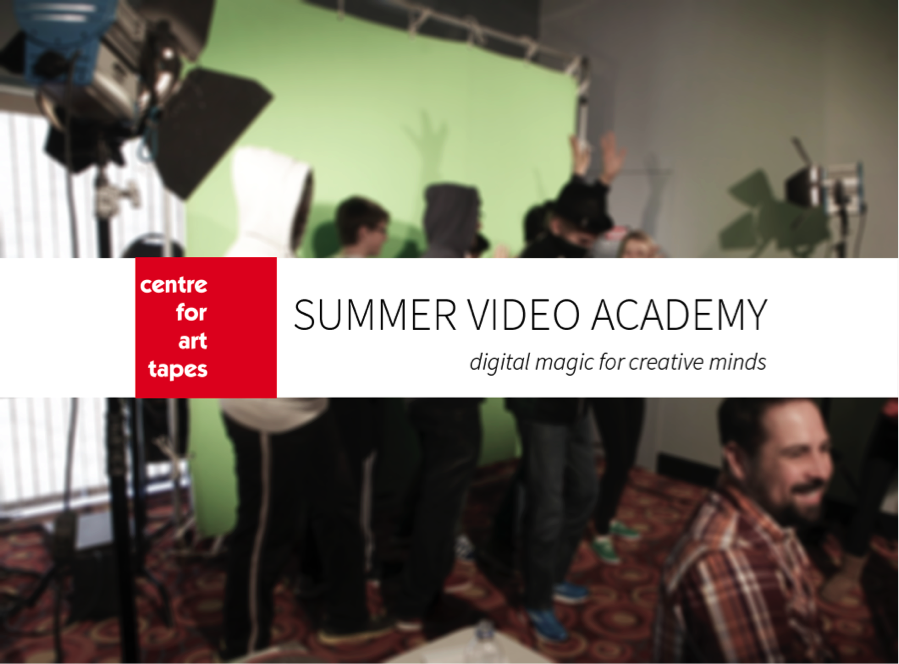 A summer camp experience designed to give youth aged 13-17 a fundamental understanding of film and video making. They will also learn aspects and genres of production from an industry professional.

This hands-on creative project will allow youth to tap into DIY concepts and will be geared towards their specific interests, including animation, documentary and green-screen live-action. The five-day camp will generate a short film that can be shared with family and friends

His first short film Daddy’s Little Girl, produced and released in 2009 to critical acclaim, was a finalist for CBC’s 2010 Short Film Face Off. His follow-up, Mr. Happy, was nominated for Best Canadian Short at the Silver Wave Film Festival. Most recently his short film The Long and Short of Barry Small earned actor Christopher Shore ACTRA’s Best Acting award of 2013

Jacquelyn Hébert, VUCAVU’s Community and Program Manager, will host a workshop for artists interested in learning more about online film and video distribution.

E-Lab Open Nights are for people of any skill level! You can repair equipment, get advice, create devices, finish projects, or get lessons!

Need a little extra technical knowledge to kick-start that animation project you’ve been working on? Need help making a low budget explosion? This August join us for two new workshops by Tim Tracey!

Physical computing with Martin Marier will provide you with basic tools and knowledge to bridge the analog and digital worlds.

Finding good sound bodies (things that make noise), organizing recording sessions and, above all, imagining novel ways to make sounds are challenges that artists often face alone, equipped only with their ears and intuition.

Join CFAT as we welcome Phil Strong for a workshop and tech talk!