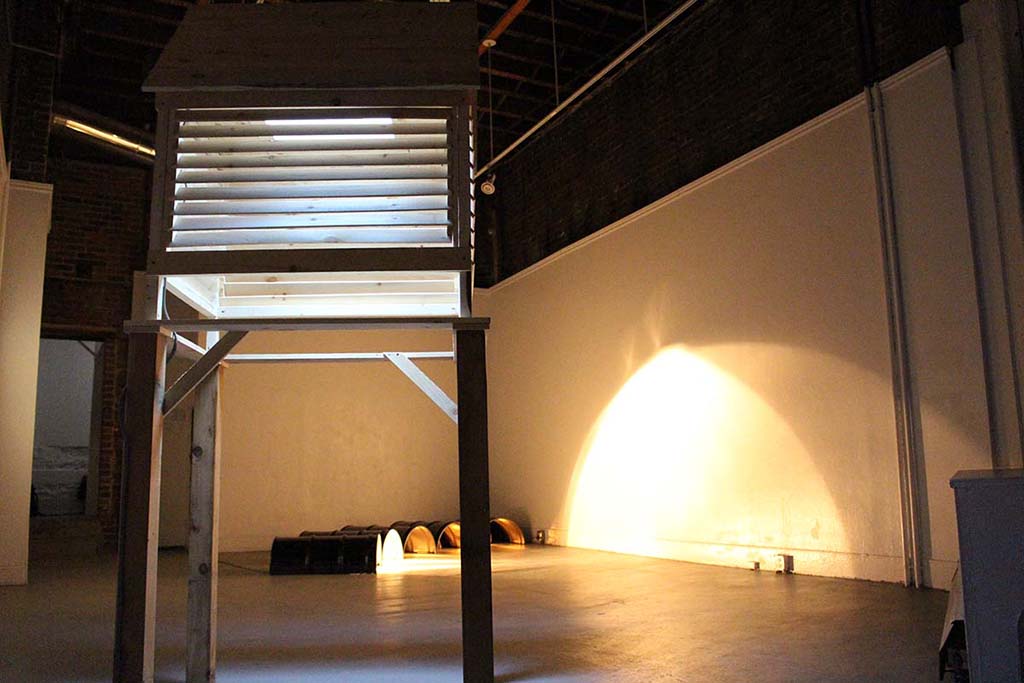 The Centre for Art Tapes is very pleased to announce that Michael D. McCormack has been selected as our first Local Artist-In-Residence of 2015-2016. The Local Artist in Residence program provides an opportunity for local media artists to experiment and develop new works involving audio, video, or new media. This residency will take place at the Centre for Art Tapes from October 2015 through April 2016. Previous Local Artists in Residence include: D’arcy Wilson, Lisa Lipton, Krista Davis, Will Robinson, Khanhthan Tran, Melanie Colosimo and Léola Leblanc.

During his six-month residency McCormack will be developing sound and electronics for his current work titled FUTURE TELEPHONE. The project stems from the realization of his recently completed projects, BEACON, STATION, SIGNAL and FIELD, all of which considered contemporary relationships of how we relate to sight, sound, and distance through correspondence using archaic or historical media. FUTURE TELEPHONE extends this exploration into the interactive media of the telephone as a potential tool for diplomacy within Prince Edward Island, a province that for many reasons has been greatly affected by delayed communications due to geographical isolation or harsh weather conditions.

Michael D. McCormack is an interdisciplinary artist from Halifax, NS. He was the founder and custodian of the McCleave Gallery of Fine Art from 2002 until its merge with the Suitcase Art Gallery Space Research Institute (SAGSRI) in 2007. From 2009 – 2013 he worked as director of Eyelevel Gallery and representative for the Association of Artist-run Centres from the Atlantic. He has curated works throughout Canada, the Netherlands, Australia, and Ireland, and exhibited in solo and group exhibitions in galleries, festivals, and artist run centres across Canada. Michael recently finished his MFA in Intermedia at NSCAD University where he completed his two most recent works, BEACON and STATION.

McCormack will be updating his blog regularly during his residency with progress on his project.

If you are interested in interacting with out current LAIR, Michael is available.

In celebration of CFAT’s 40th anniversary, we’re pleased to announce Life of a Craphead as our next artist in residence.